I saw The Fancy Dolls played live on a psychobilly show in 2012. They made a good mix of rockabilly, surf and new wave and they also had a little offbeat in their sound. At this time they had only released a selfproducted demo cd with four tracks on it with a nice coverartwork. The cd looks like a vinyl record and the songs sounds fantastic, but no ska on it. 2013 they released their debut lp and there´s one very cool ska track on it. Now almost five years later i ordered this masterpiece in a recordstore and finnaly i can post it. Have fun with this jewel! Ashes To Ashes 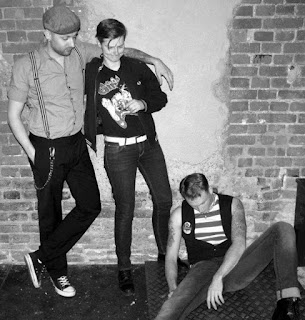 Here you can listen the demo: Everybody Is Dead!

Eingestellt von In search of the Ska um 02:11 Kommentare:

In search of the Ska